Unlike those who ruled before her, Queen Elizabeth II spent a lifetime in front of the camera. As the most photographed woman in the world, over her 70-year reign, royal fans were treated to a detailed showcase of the sparkling tiaras, crowns, necklaces and brooches that make up the late monarch’s vast jewellery collection.

But, what remained a lesser-known element of her trinket box was an impressive assortment of watches. In fact, the Queen is rumoured to have owned over fourteen luxury timepieces, proving her to be a secret watch connoisseur. Here, we dip into her treasure trove of arm candy and discover the best watches in her collection, from the petite Jaeger-LeCoultre Calibre 101 to the high-octane glamour of the Patek Philippe ref 4975/1G.

For her first State Opening of Parliament as monarch in 1952, the Queen opted for this dainty Jaeger-LeCoultre Calibre 101 timepiece.

The tiny watch was chosen again for her Coronation in 1953. Launched in 1929, the Calibre 101 continues to set the standard for small movements that power jewellery watches and, thanks to its minuscule construction and versatility, made for the perfect choice for Princess Elizabeth’s ascension to Queen.

Such a glamorous event as a banquet at Claridge’s requires decadent wrist candy. Pictured here in 1982, Her Majesty chose this Patek Philippe Golden Ellipse, crafted in white gold with a blue dial and diamond bezel.

The maker of this classic timepiece has never been confirmed. Experts believe it was either a one-of-a-kind Cartier watch or an archival 1930s model made by either Omega or Patek Philippe.

Presented on a black leather strap, the watch glimmers in the sunlight at the Windsor Horse Show in 1998.

Worn here by Her Majesty at the 2007 Royal Variety Performance, this Patek Philippe ref 4975/1G watch is the most breathtaking timepiece in the Crown’s collection. Encrusted with baguette-cut diamonds, the dial is strung on lustrous strands of milky pearls.

Most notably, this Audemars Piguet Jules Audemars was worn by Her Majesty during her address at the height of the global Covid-19 pandemic in 2020. Here, the watch elevates her striking magenta outfit at the Newbury Racecourse in 2015 with a regal yet understated appeal.

Spotted on the Queen’s wrist many a time, the Jules Audemars injects a flicker of gold to this baby-blue ensemble at The Ceremony of the Keys at the Palace of Holyroodhouse in Edinburgh in 2022.

Like this? Discover Queen Elizabeth’s life in jewellery through her ten most significant jewellery moments throughout her reign 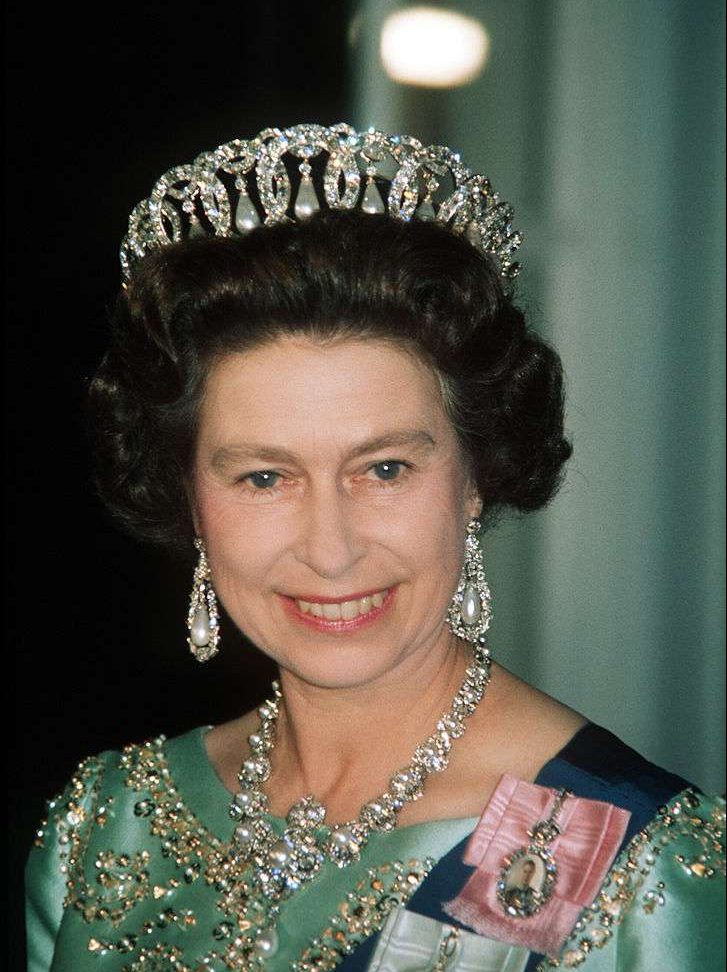 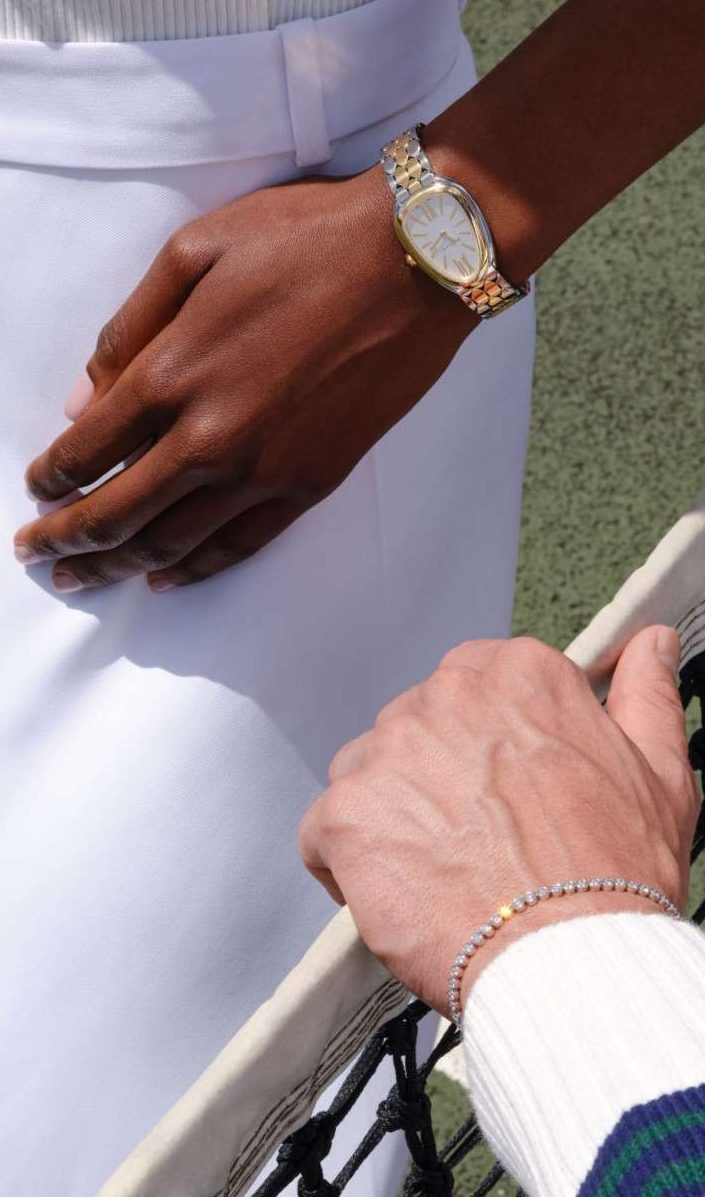 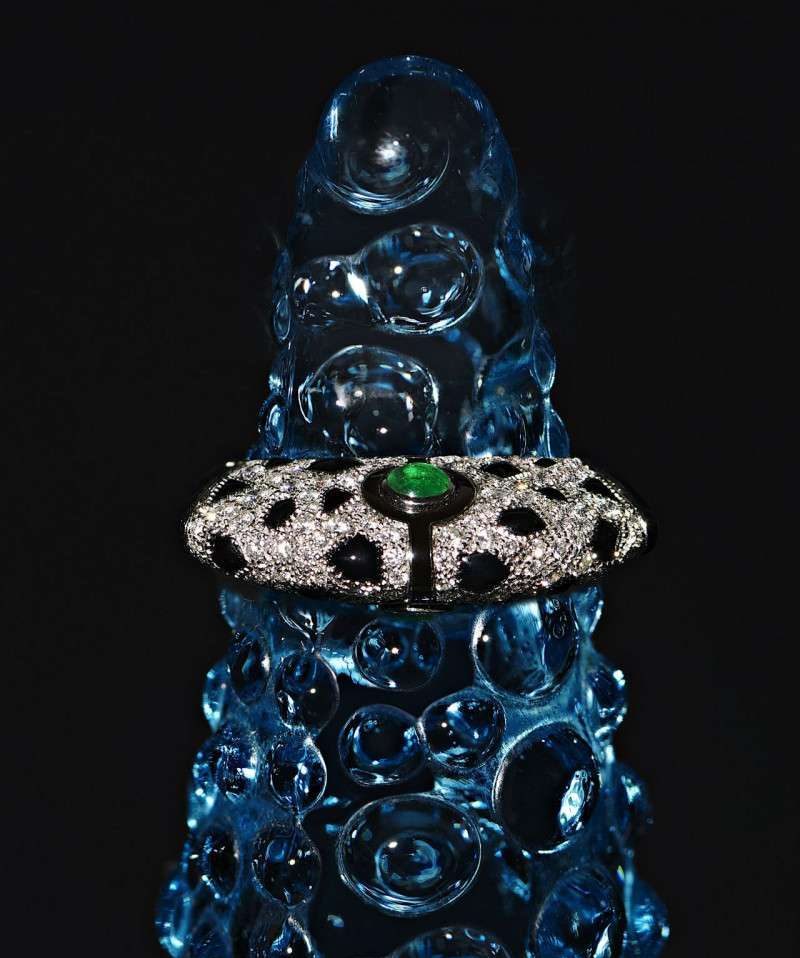 The most unusual and exceptional high jewellery pieces photographed exclusively for Something About Rocks. Featured are rare jewels from Cartier, Boghossian, Dior and Chaumet 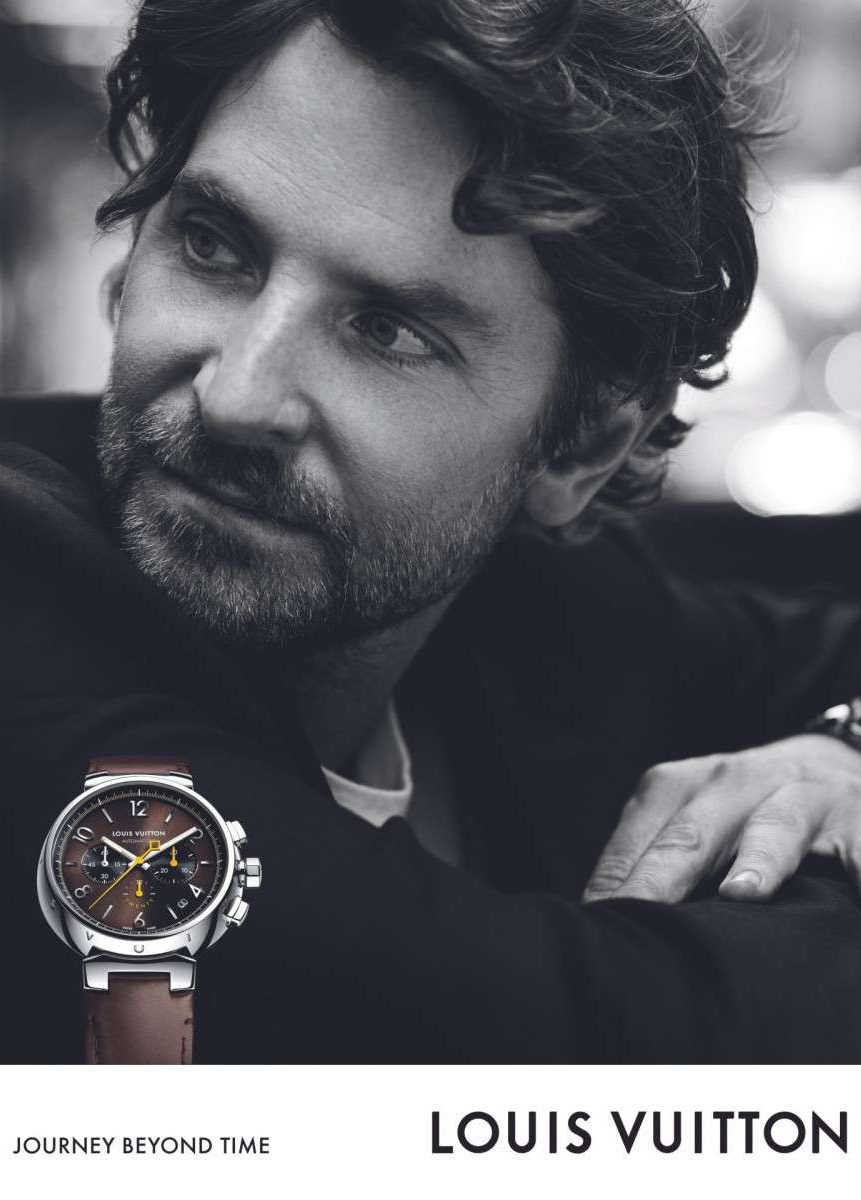 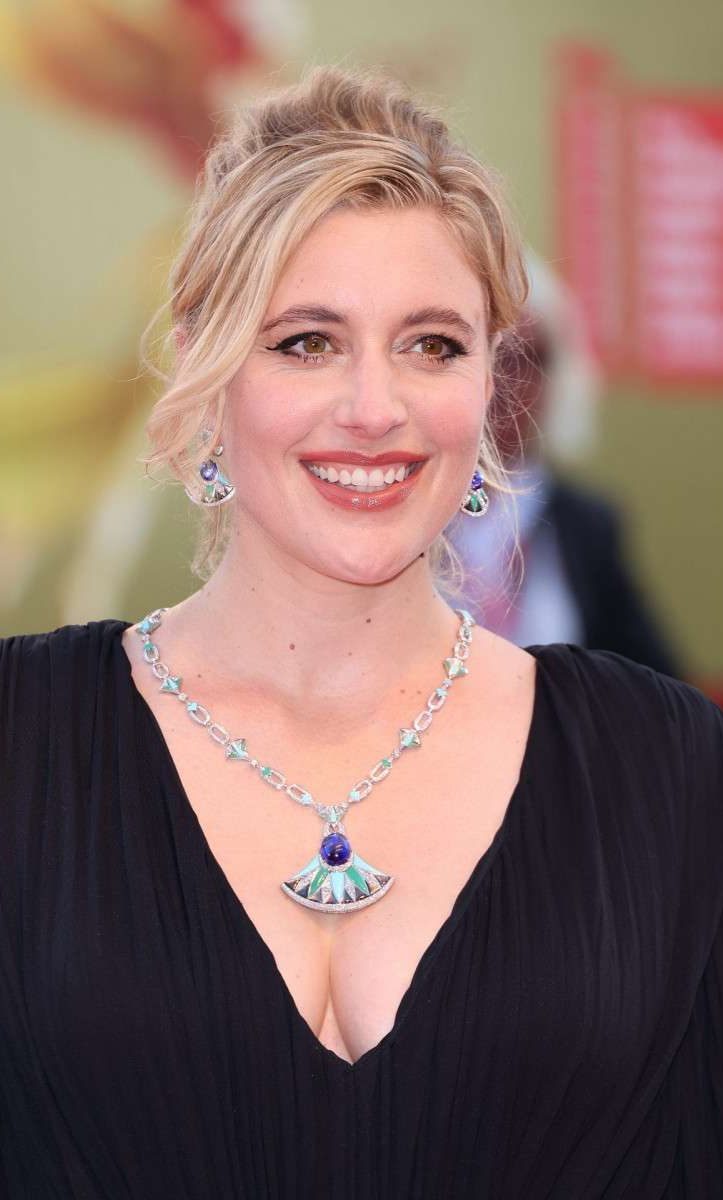 All the best jewellery moments at the Venice Film Festival

Hollywood’s glitterati brought their jewellery A-game to the 2022 Venice Film Festival. From Greta Gerwig to Regé-Jean Page, here are the stars who sparkled the brightest in our guide to the most showstopping gems from this year’s event 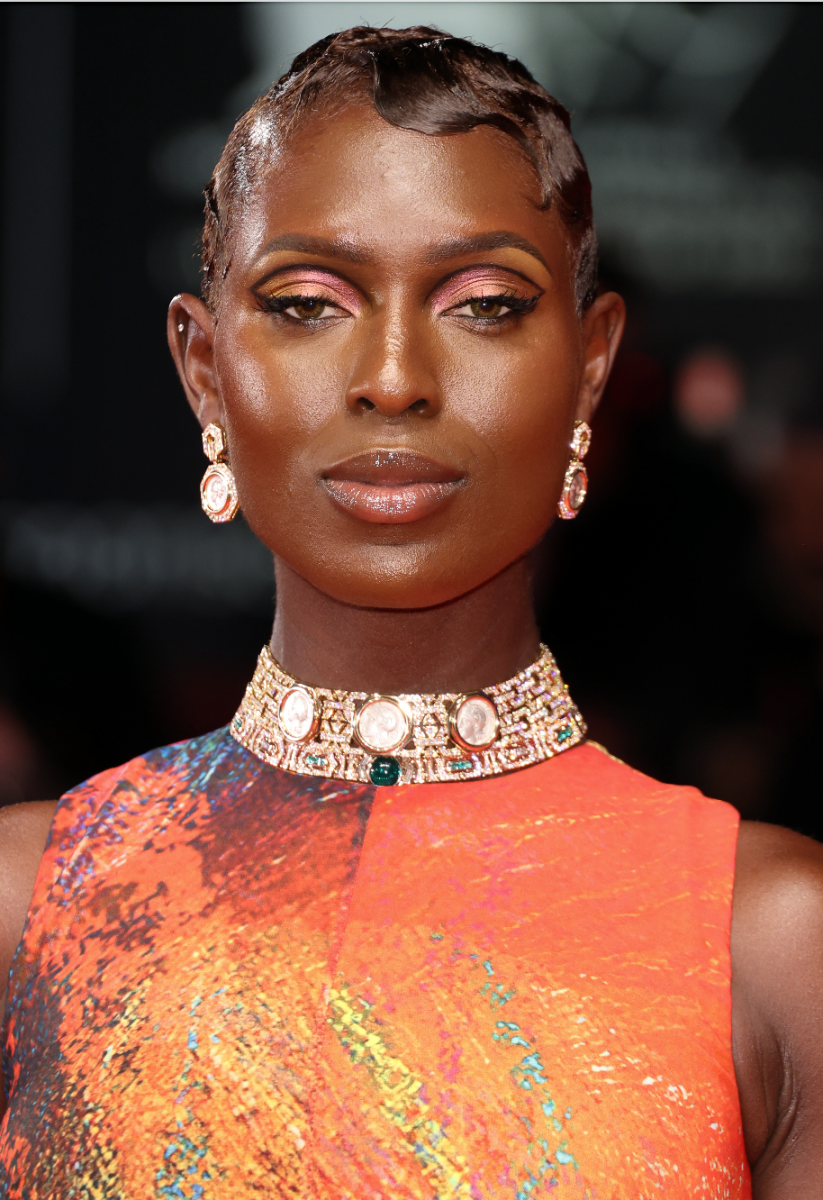 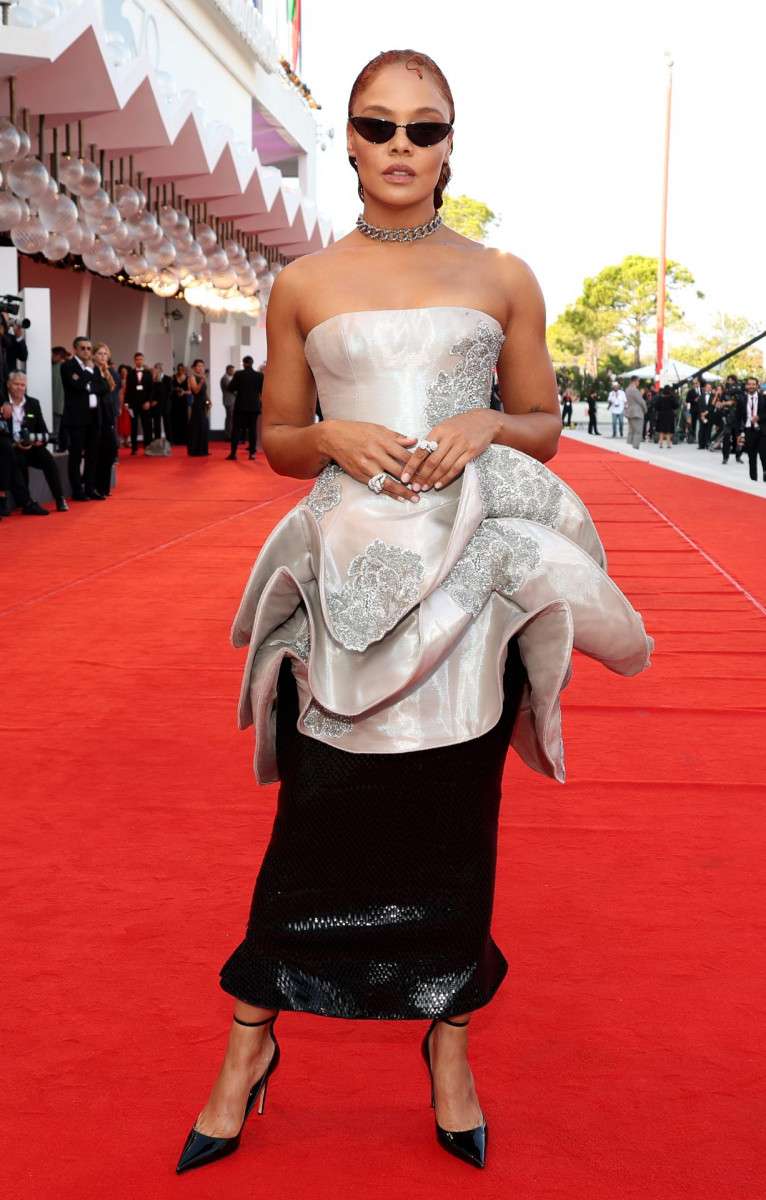 Tessa Thompson sparkles in Pomellato at the Venice Film Festival