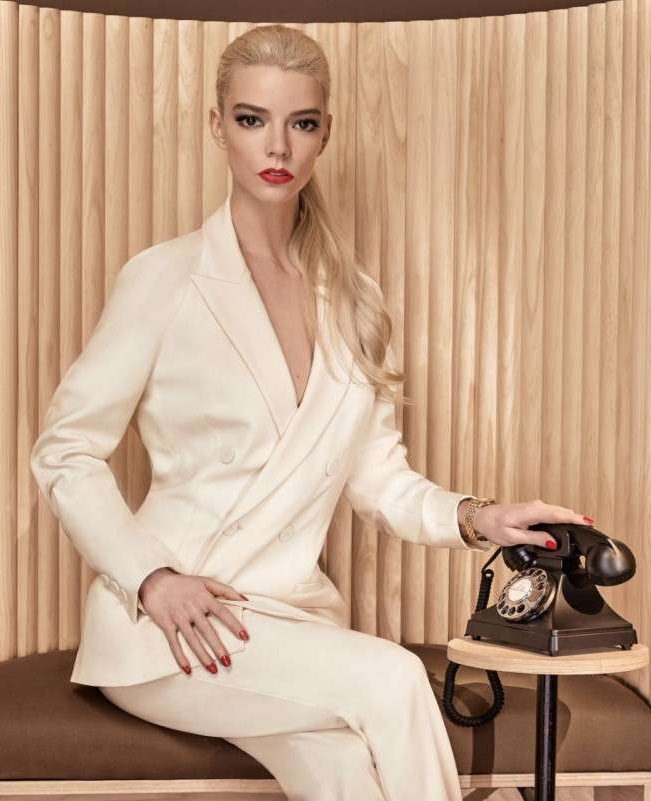 Exclusive: Anya Taylor-Joy is the new face of Jaeger-LeCoultre

Swiss luxury watchmaker has announced Anya Taylor-Joy, star of The Queen’s Gambit and Emma, as its latest ambassador.

The campaign, entitled ‘A Call of the Heart’, sees Taylor-Joy taking a phone call in a sleek wooden booth, and was inspired by an historic phone call made by Jacques-David LeCoultre to the Parisian watchmaker, Edmond Jaeger, in 1903. In that call, LeCoultre accepted a challenge set by Jaeger to created an ultra-thin watch movement, marking the start of a long and successful collaboration between the pair – one that eventually led to the foundation of the company as we know it today.

“The encounter with Anya was meant to be,” says Catherine Rénier, CEO of Jaeger-LeCoultre, of the brand’s latest collaboration. “Her long family history with polo and interest in watchmaking led us to a natural partnership. With her ethereal beauty, her sensitivity, her talent and hardworking ethics, she embodies the values and style of our Maison.”

Given that one of Jaeger-LeCoultre’s most iconic timepieces, the Reverso, has its origins as a sport watch created for polo players (its reversible case prevented the dial from being smashed during matches, which are extremely physical), hiring a natural equestrian as an ambassador seems a logical move. Though she was born in Miami, Taylor-Joy was raised in Buenos Aires, Argentina, where she had, she once told reporters, a “beautiful” childhood, “with dogs, cats, horses and ducklings.” “I want to live on a farm,” she has also told interviewers in the past. “I want to work, come into the city when I want to, and then disappear and ride all day.”

The actress follows in the impeccable footsteps of fellow British actors Nicholas Hoult, star of X-Men and About A Boy, Amanda Seyfried and Benedict Cumberbatch, who are all friends of the watchmaking Maison.

Like this? Read about Mark Ronson’s collaboration with Audemars Piguet