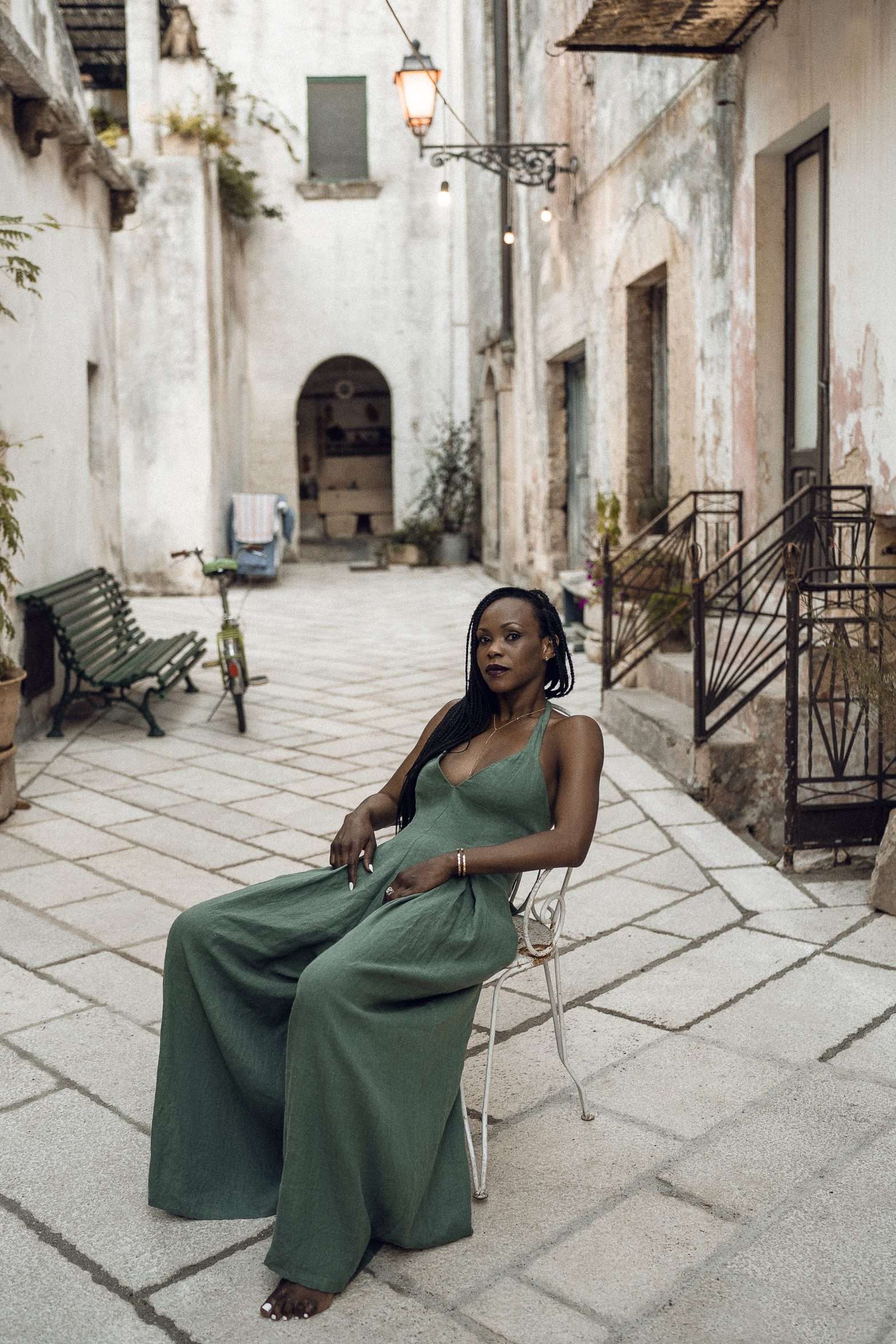 Thelma West jewellery has always been about diamonds. Her Black Rebel ring already counts Rihanna as a fan. Here, she shares her jewellery story and what she has in store next

“I was blown away,” says jeweller Thelma West upon hearing that Rihanna had worn her Rebel Black ring. “I was blown away,” she repeats. At the time, West was at home putting her daughter to bed. “I was getting messages on my phone,” she recalls, “but I turned the phone the other way so it didn’t wake her up. I’m there thinking ‘OK, what’s going on? Is there an emergency?”

When she had a moment, an hour later, she saw a message from her PR with the news. “Oh my god!” she re-enacts over the phone, when we speak. She’s having a working from home day owing to London’s blustery storm series. “It’s amazing because if I had to pick a piece of her jewellery to put on Rihanna before everything happened, I would have picked that piece. I would have picked Rebel Black. I can’t even put it into words.”

Rebel Black, a modern and striking piece, is a ring design featuring a pear-shaped diamond in a black ceramic with thorn-like claws. There is also a version in a rose gold setting.

West is a Lagos-born, Antwerp-trained designer, who operates from Soho – she moved from Hatton Garden during the pandemic. She describes her style as a “little bit eclectic”. Because, she says, there isn’t so much of a collection and she often works with clients to create pieces. “It can be quirky and in its own way bold,” she says before referring back to “eclectic”, which appropriately straddles her mix of sleek and contemporary yet characterful designs.

Among her other jewellery designs are Apòstrofe. Which is a classic line of diamonds around the neck in gold but an edgy black peaking from behind. Antique Decadence is a pair of old mine cut diamond and platinum earrings. The SugarCane line features letter pendants on personalised sugarcane stalks. There is also a diamond ring version of this. As well as pieces with coloured stones. And, of course, more besides.

“It’s taken me a while to be able to fully express myself for me as in Thelma,” she says. “Because a lot of people… when you start in the industry – and anyone that says otherwise is definitely not totally honest – people come to you with their designs and say, ‘Oh, I saw this ring somewhere. Can you make it for me?’ Things like that. And it takes a while to be able to put your stamp out there and be like, ‘OK, no, this is what I see for you, how I think you’ll wear it or style it.’”

What she does see for people typically comes from a consultation, how they look and dress. “What I see as a part of them as people. If it’s [a meeting] on the phone, I ask a lot of questions and I finish the call with lots of notes. What’s your favourite thing? What’s your hobby? We go into stories and from them sketching or writing notes that I sort of put into a working piece.” And inspiration comes from anywhere and everywhere: exhibitions, a drawing her daughter is doing, she has an in-built jewellery lens.

West grew up with jewellery. “I was born in Lagos and grew up there for the first 16/17 years of my life and jewellery is infused into the culture. Colourful beads, colourful gems, colour is a big part of it.” She remembers watching family getting dressed and noting embellishments. “You know, little touches here and there of jewellery. And that’s quite special, how they try things on and as a kid it’s wonderful. You just watch that and you think ‘Oh, I wonder why he chose that over this.’”

She would also go shopping, on buying trips to markets, where she would see an array of trays and colours of jewellery, often gold. This was “fascinating to watch” and to see “how people treated themselves.” Here, she learned about up-cycling jewellery, something her mother often did. And she came to notice that she would switch up her jewellery, something West has never personally done. She is someone who likes to keep all of her jewellery. A seed had begun to be sown about a future career. “I’m thinking this could be a job but it wasn’t something you could actually say.” She was resigned to it being a hobby.

But then she turned 17 and decided to go for it. “Life helped me and pushed me in the right direction,” she says. She headed to Antwerp, something of a diamond capital, to study. “For me it was a very easy decision. It had to be diamonds,” she says of narrowing her place in the jewellery field down. “It’s a precious gem that you have to cherish.”

While studying she also worked as a sorter with diamond dealers. “I would go back one and I’d be dreaming of diamonds,” she says, learning about the inclusions she had just seen. “I graded until I started to see blurs. You just have to keep going.” All that experience, she says, adds up. And no two diamonds are ever the same. “As many stones as you can look at, keep taking it in,” she encourages.

The launch of her own brand happened by chance and timing. A friend wanted an engagement ring and she took that on as her first major project. She had also met a partner with whom she thought they could start a diamond dealing company together and in 2012 Thelma West was established.

“I love that I hear the stories and I, you know, I get to extract what I want those stories and into the piece. So much freedom and so much trust the person is actually giving you so I don’t take that for granted,” she says of the impact of that first official commission.

“It’s all about respecting the diamond,” she says of her process and technique. “That’s the first rule, I always respect the gemstone, I allow room for the gems to shine. I don’t over-clutter, you know, it’s all about lines and curves. I try to use every part of the jewel as a design element so nothing is wasted.” Pieces can take anywhere from six weeks to six months to create.

During the pandemic, she says, as a creative she retreated and strategised. She found herself collecting diamonds, designing and creating. It was at this time she also decided to make the move from Hatton Garden to Soho. “On one level, it’s scary because you know, Hatton Garden is this community and you sort of feel protected there. This was like OK, you’re finally going out on your own.” But it’s a decision she’s very happy with now.

She next has her sights set now on scoring some more headline-worthy fans. Kamala Harris and Beyonce spring to mind. But mostly it’s about continuing to create beautiful designs, to “keep putting beautiful designs out there with amazing stones, you know, making sure that I respect the journey of the diamond and where it’s from”. 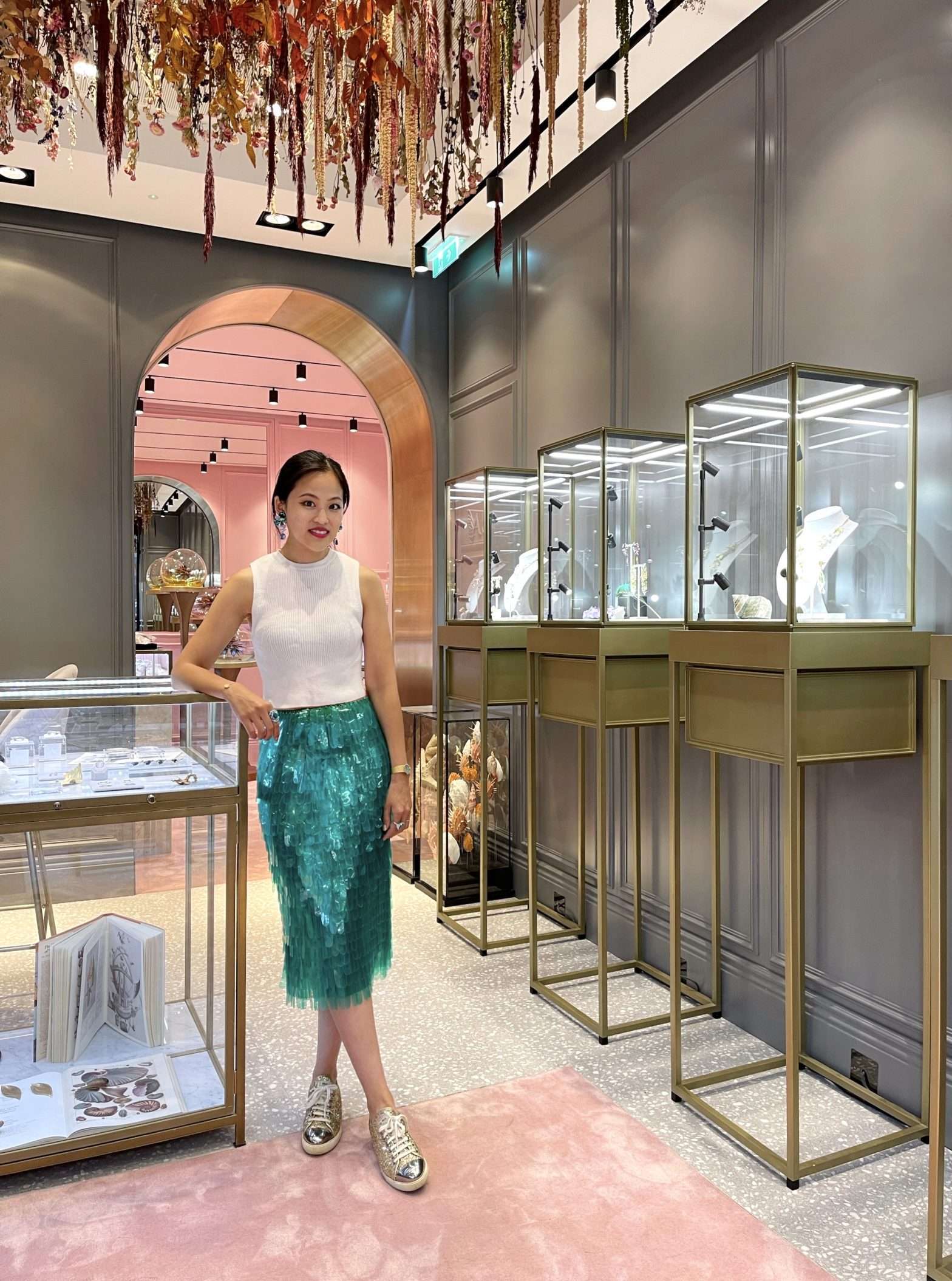 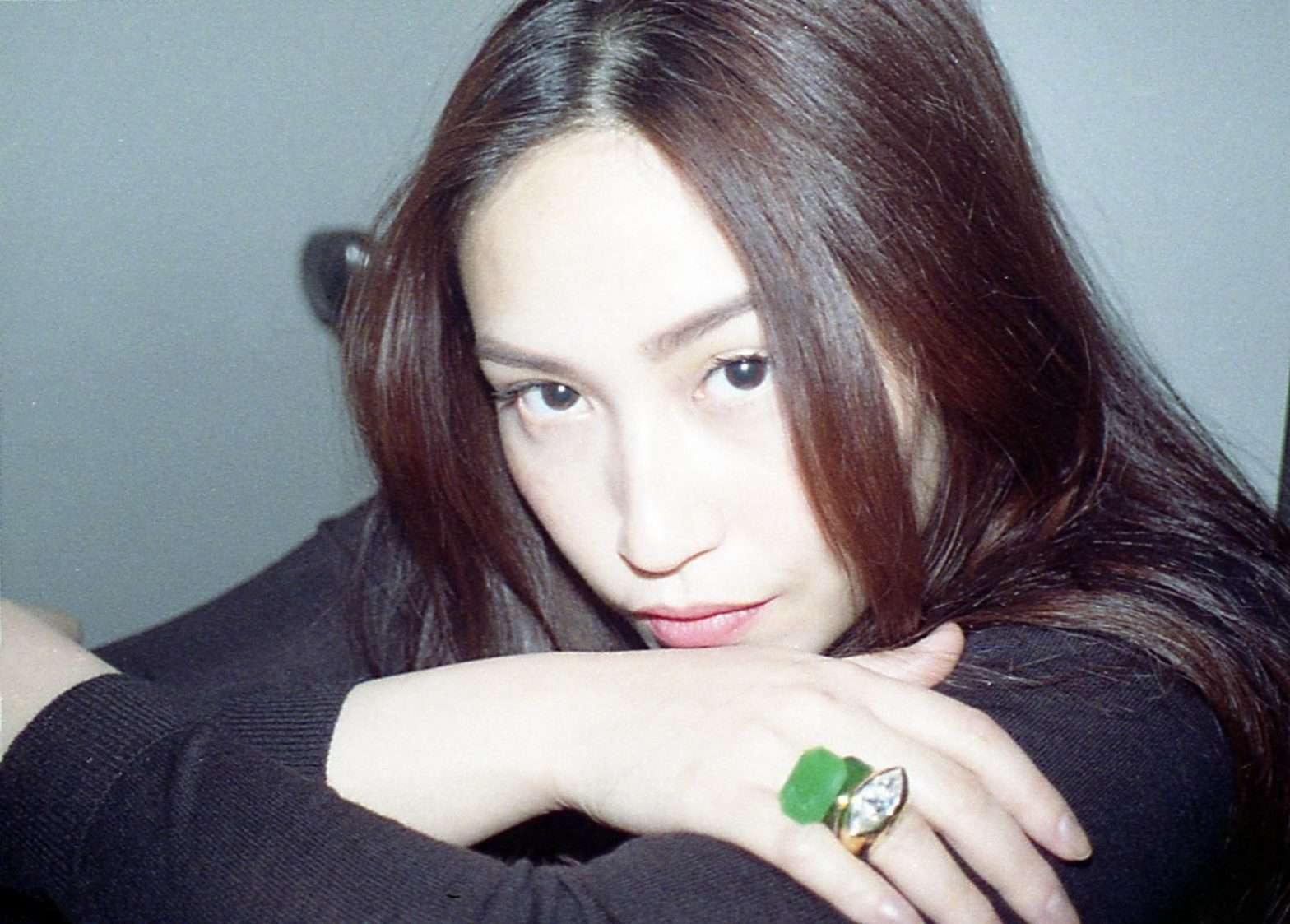 Meet jeweller Patcharavipa Bodiratnangkura whose sculptural pieces are crafted in her atelier in Bangkok and rumoured customers include Rihanna. Here, she explains her love of collaborations 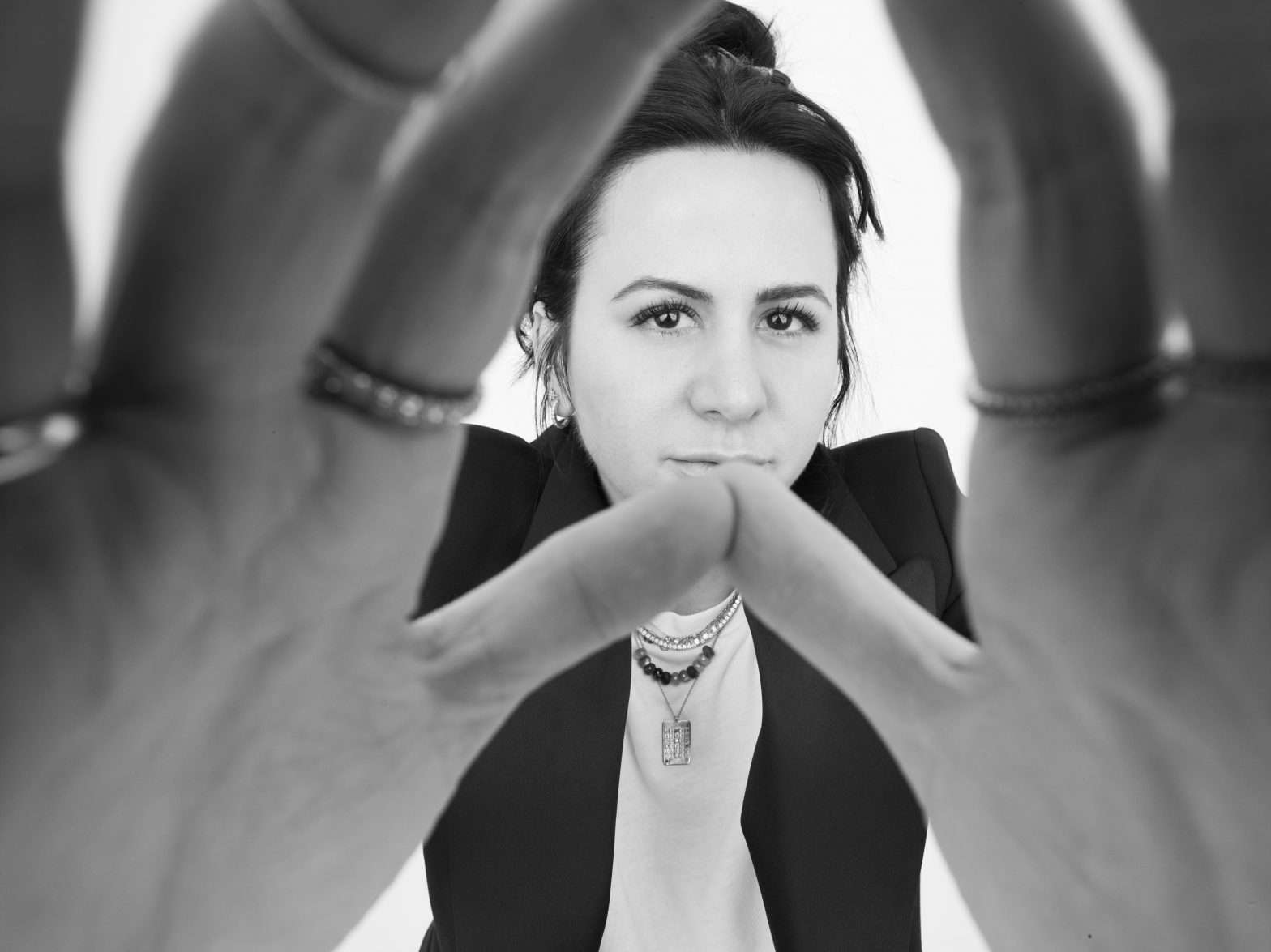 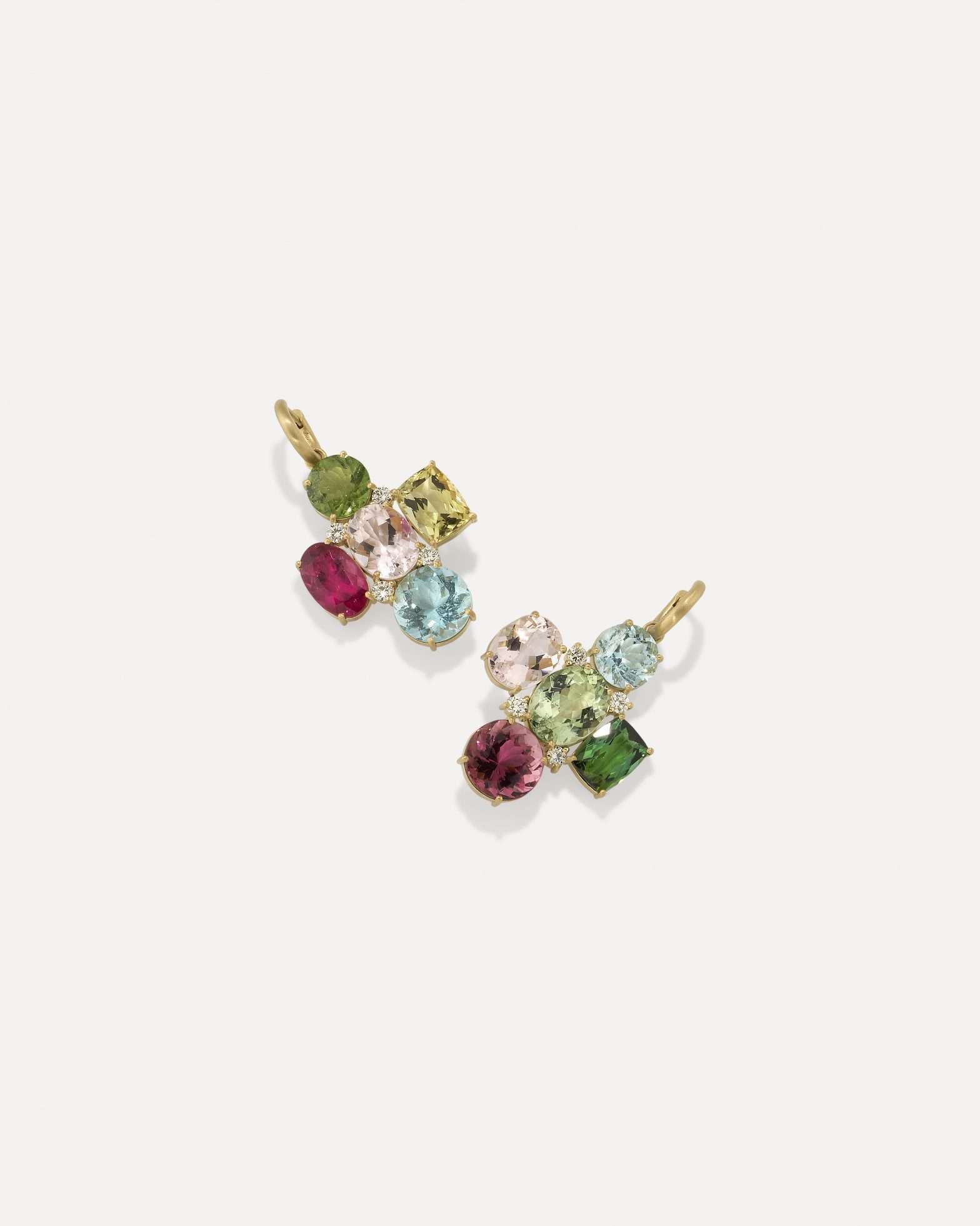 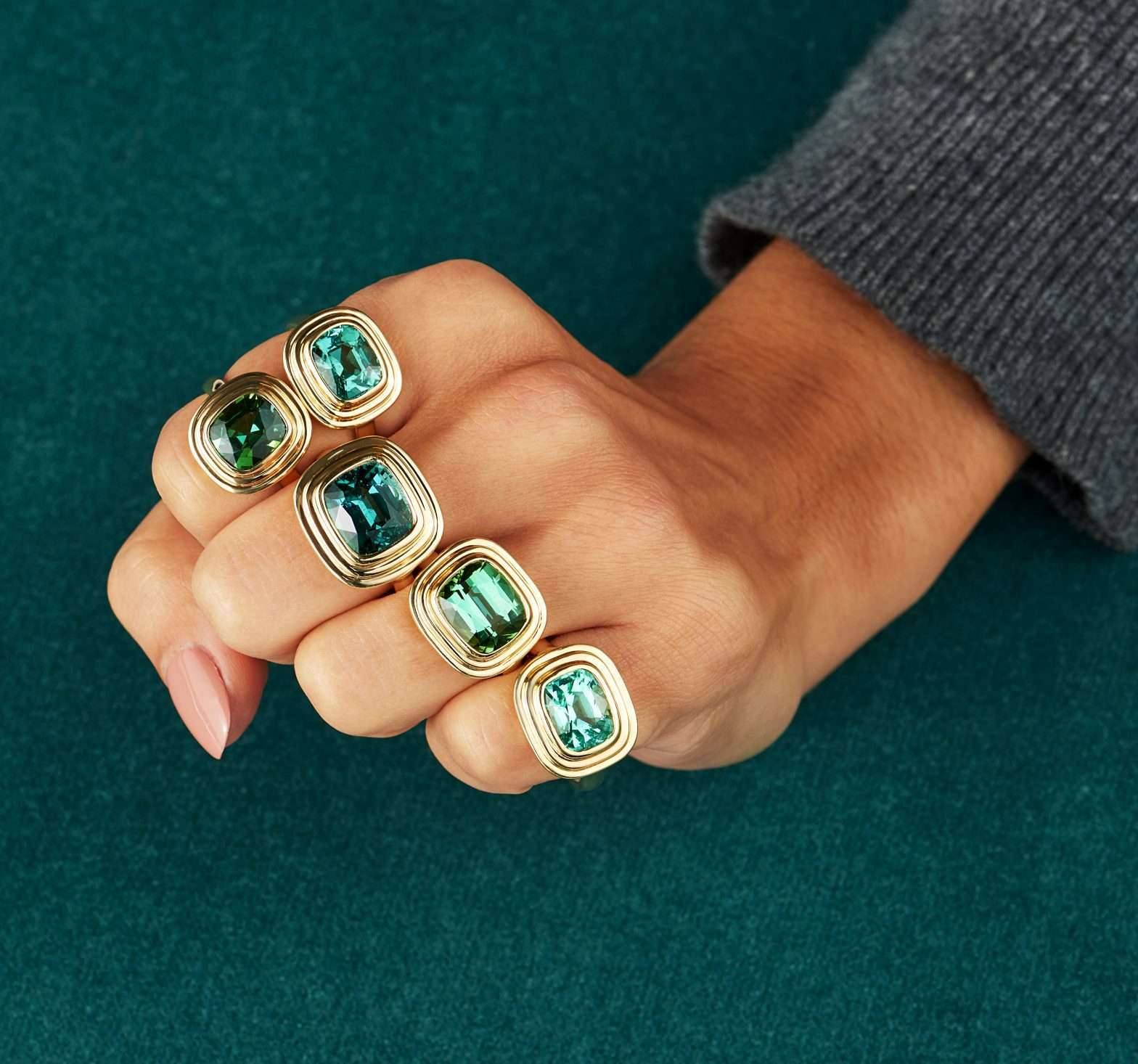 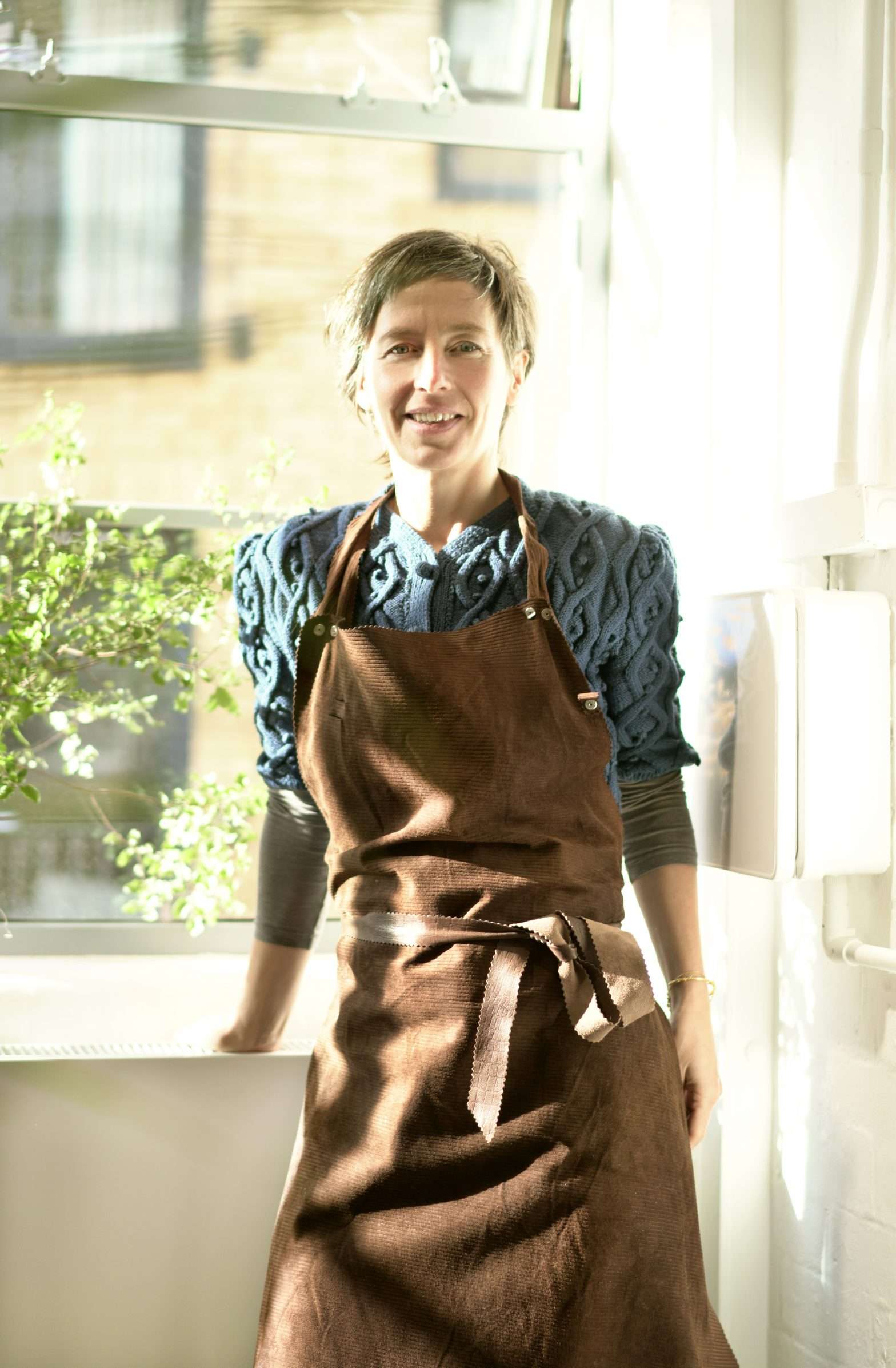 Exclusive interview with Ruth Tomlinson. The Hatton Garden jeweller explains why she uses local suppliers and 100% recycled gold. She also talks about her love of artisan techniques and working with antique diamonds 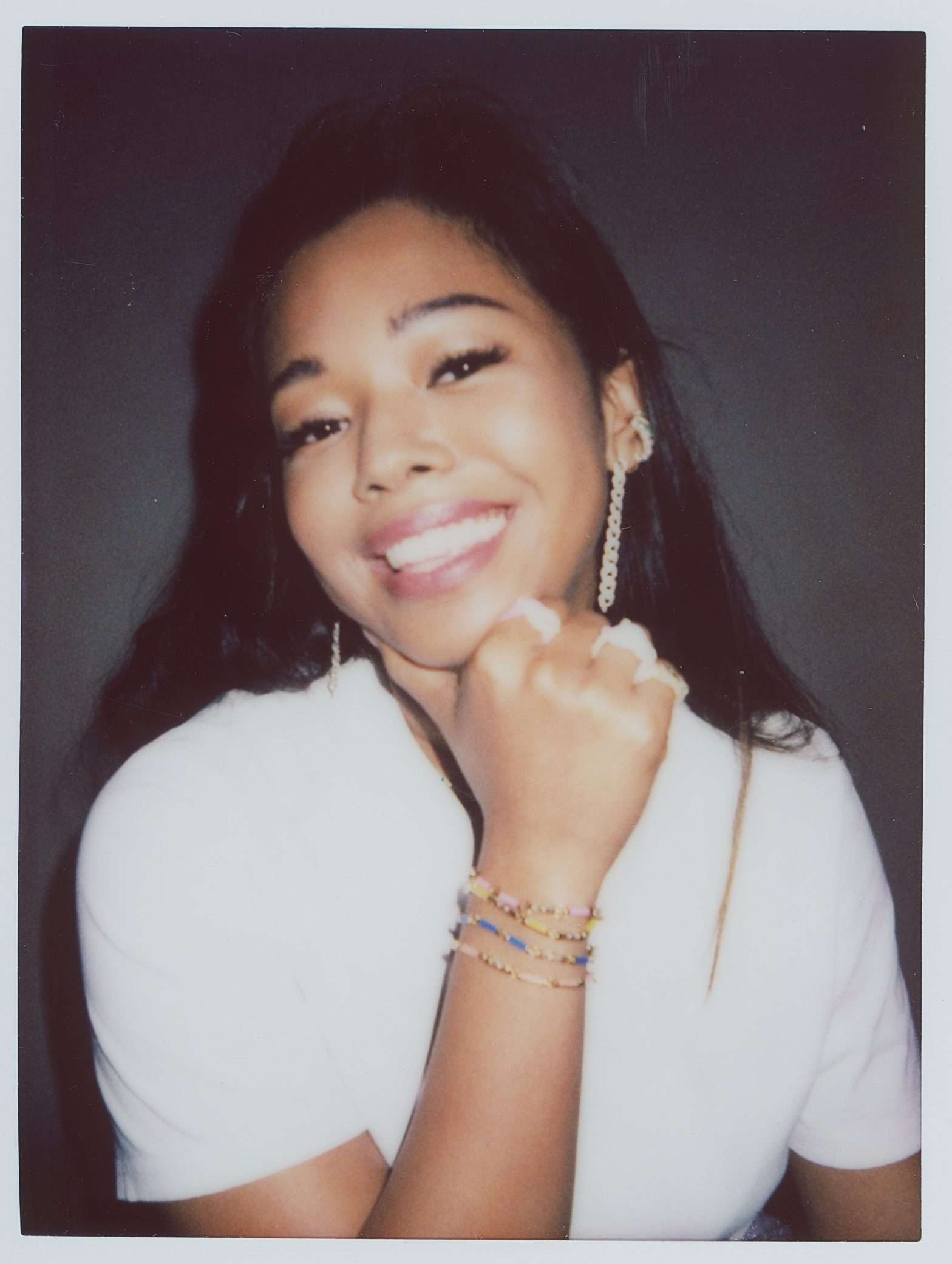 Melinda Zeman only founded her fine jewellery brand, Boochier, in 2019. The Hong Kong jeweller’s edgy yet elegant combinations of enamel, diamonds and precious metals embody a playful yet luxurious approach to accessorising