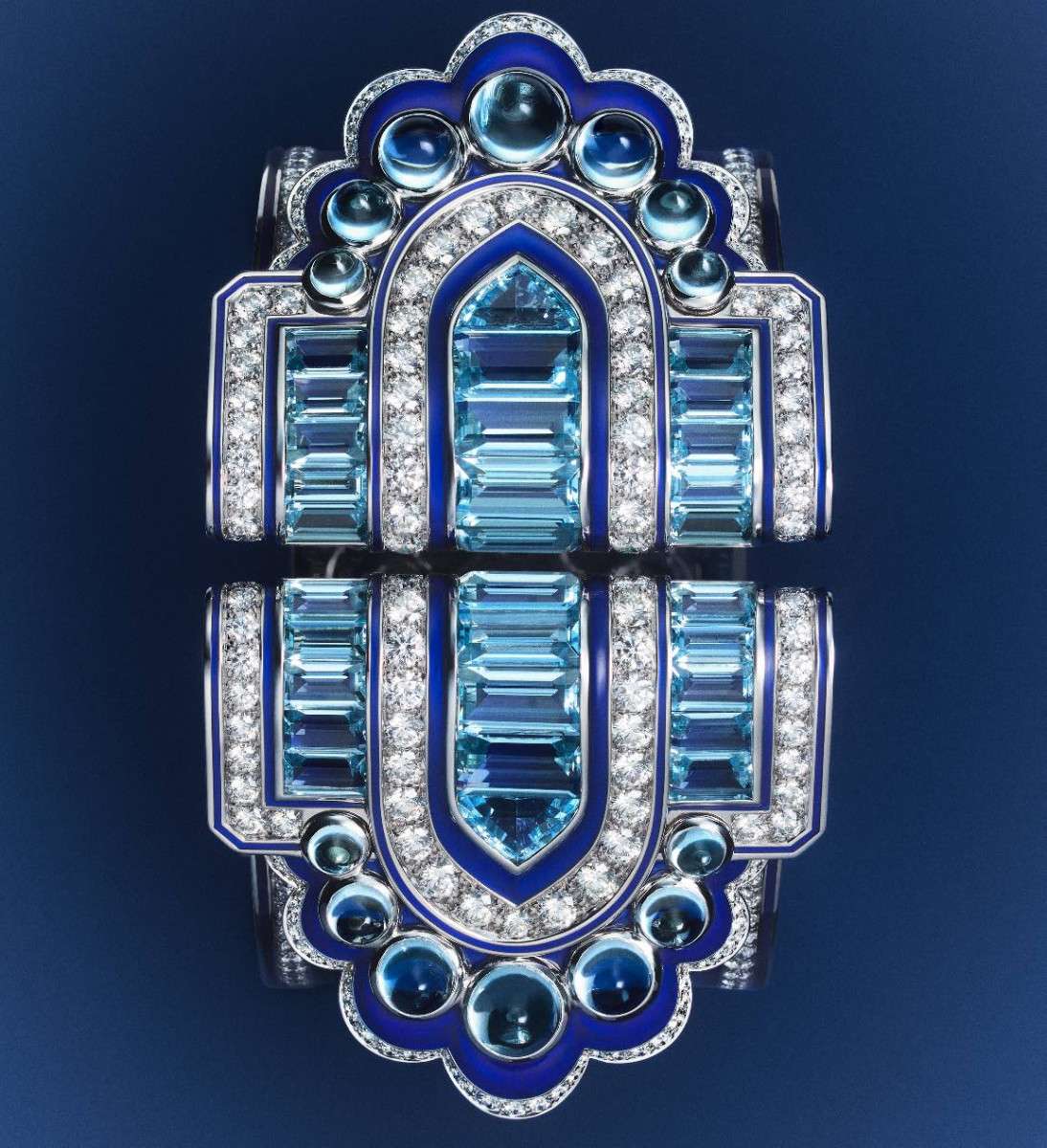 Like a Queen: the regal new high jewellery by Boucheron

Boucheron's latest high jewellery collection is its first to be inspired by a single jewel, namely the late Queen Elizabeth's aquamarine clips that were gifted to her by her father George VI. Here, we discover the story behind Histoire de Style Like A Queen

In 1944, the then-Princess Elizabeth received a pair of vibrant aquamarine and diamond clips by her father, King George VI, for her 18th birthday. The jewels, which had been crafted by Boucheron, became a beloved and integral part of Her Majesty’s jewellery collection and a sentimental way for the brooch-loving monarch to telegraph her enduring connection to her father. Most recently, she wore them on the 70th anniversary of her coronation in February 2022.

Now, almost 80 years after that birthday gesture, the clips have inspired an entirely new high jewellery collection released by the venerable Maison.

Boucheron’s Creative Director, Claire Choisne, came across the clips in the house’s archive three years ago whilst searching for inspiration for 2023’s high jewellery collection and became entranced. “I couldn’t get my mind off that double clip brooch. The severity and geometry of the Art Deco design, tempered by the softness and light blue hue of the aquamarines always fascinated me. I was also touched by the sentimental value of this double clip, which Queen Elizabeth wore at pivotal moments in her reign,” she says.

The functionality of the clips was also a huge influence, adds Choise. “Being able to wear a piece in a number of ways, as well as their use of colour, were central to our work on this collection, so that both men and women may wear these pieces. We wanted these 18 variations to reflect the ease with which the originals were worn.”

Cue a collection of 18 extraordinary new pieces, each paying homage to the curved shape of the original clips, but slightly refined to make them feel entirely contemporary. And in a nod to The Queen’s well-documented love of brightly coloured clothing, which she felt helped her be seen amongst a crowd, a rainbow of gemstones has also been employed in addition to vivid blue aquamarines. Sri Lankan sapphires, fancy diamonds, rock crystals (a Boucheron speciality), Zambian emeralds, Mozambique rubies, pink tourmalines and Ahoy pearls all feature, creating a dazzling, sweetie-like appeal to these transformable jewels. A feast for the eyes for every kind of modern queen, or king, we believe.

Like this? Read all about De Beers’ latest high jewellery collection