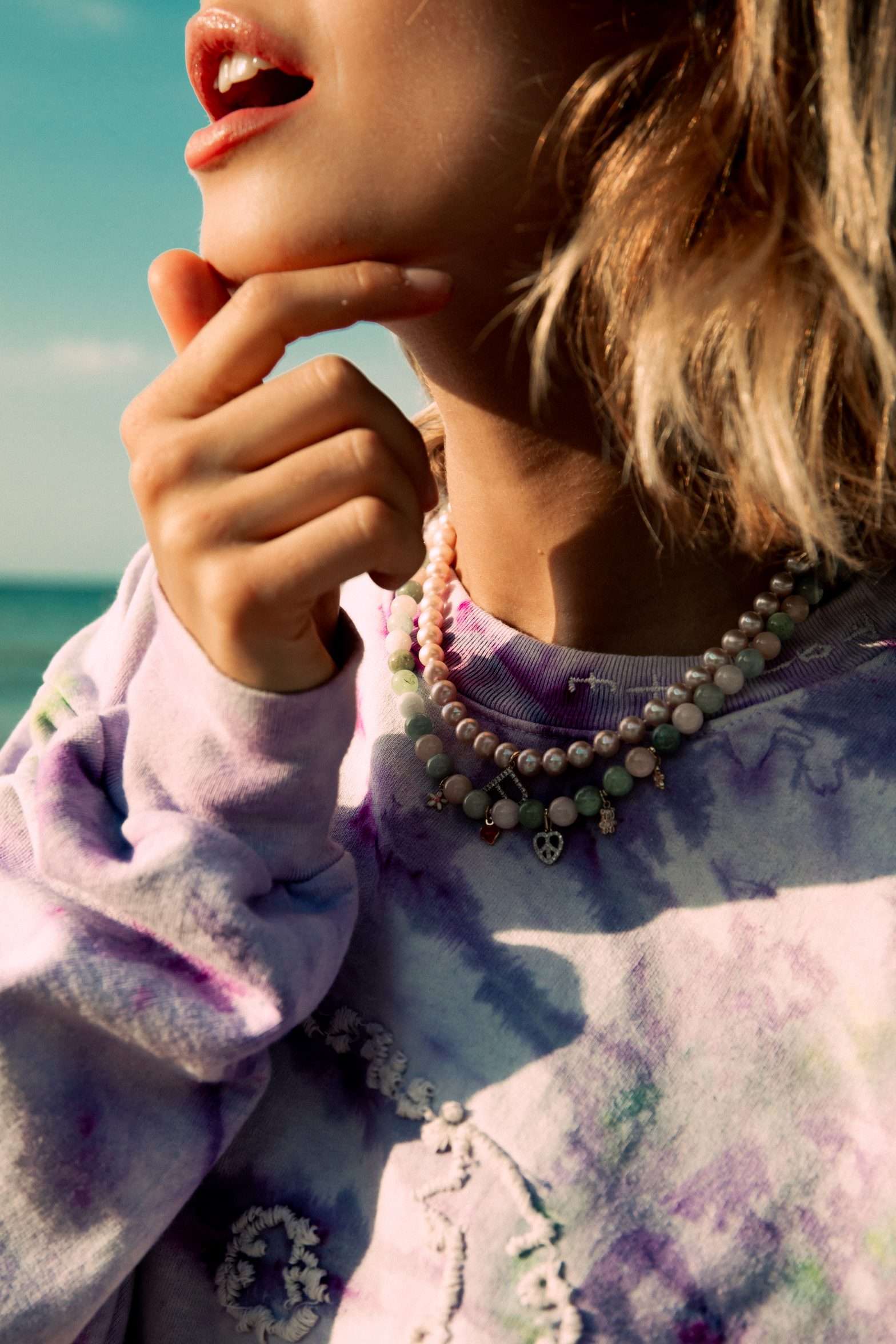 Who are Polite Worldwide the pink pearl makers

Interview with Christian and Tavia Azzinaro of LA pear brand Polite Worldwide. They can already count Justin Bieber, Jaden Smith and Evan Mock among its wearers thanks to their unique pink pearls.

A quick scroll through Polite Worldwide’s Instagram and you’ll see that the LA jewellery brand from Christian and Tavia Azzinaro can already count Justin Bieber, Jaden Smith and Evan Mock as adoptees. It was Post Malone, explains Tavia, who was given the first set of pearls which in contrast to the traditional white or cream tones, were pink.

“People started to talk about, like, what are those? And it became part of our collections,” explains Tavia over the phone from Los Angeles. “We were like, ‘Oh, this is actually a thing we’re into. Let’s keep going with this pink pearl thing’. They’re just intriguing. I think, by nature.”

Harry Styles and Rihanna have also worn pieces from the luxury label that launched at the beginning of the pandemic, in January 2020.

“That was, like, very interesting to be launching with that vision,” she says of that time. Which meant traditional avenues such as wholesale weren’t as straightforward as they would have usually been. “But, you know, it was kind of interesting for us. Because so much of what brought us to create Polite was our combined experiences in fashion with other brands.”

Christian previously designed for other labels. While Tavia has experience on the business side of things. She was previously tapped by Kanye West to be involved for Yeezy, she says.

Both are very connected to nature and so there is a strong environmental concern that underpins the brand. This also includes ready-to-wear as well as jewellery. “We just wanted to create something that brought together all of these collective experiences that we had. And look at the values that we wanted to portray through a brand.” A circular economy approach guides them. And it’s perhaps not surprising then that pearls have become of particular interest. Because, says, Tavia, “heirloom jewellery plays into the sustainability vision that we have.”

She explains: “Things have changed to become so fast and like the complete opposite of what we envisioned for Polite. What our values are as far as we produce. We want to always be designing and producing pieces that have this heirloom feel. So that they can be collected for years and years. Be a part of your wardrobe or be passed down. Or inherited the way that someone would inherit their grandmother’s pearl necklace.”

But where some interpretations of pearls can seem antiquated, these feel totally modern. Especially those pink iterations. And one would be wise to take styling notes from their campaigns and visuals.

“We’re always pushing the boundaries,” says Tavia. “It’s always a little bit different and pushing those boundaries of how we’re putting together our collection pieces. So there’s this aspect of creativity that I think is definitely a little bit different, and we’re not doing the whole mass-produced thing which definitely sets us apart.” The LA jewellery scene is, after all, notoriously competitive.

Up next are some big goals. “One of our biggest goals is to collaborate with a fashion house that we respect and admire,” says Tavia. Which would be a really interesting proposition. Also: “To have more community built around what we’re doing. We would love to see some of the bigger brands and larger fashion houses adopt this way of thinking.” There’s also expanding retail partnerships. As well as a general sense of spreading good will and cheer. Which seems especially appropriate at this time of the year.

Why pearls are all the rage on TikTok