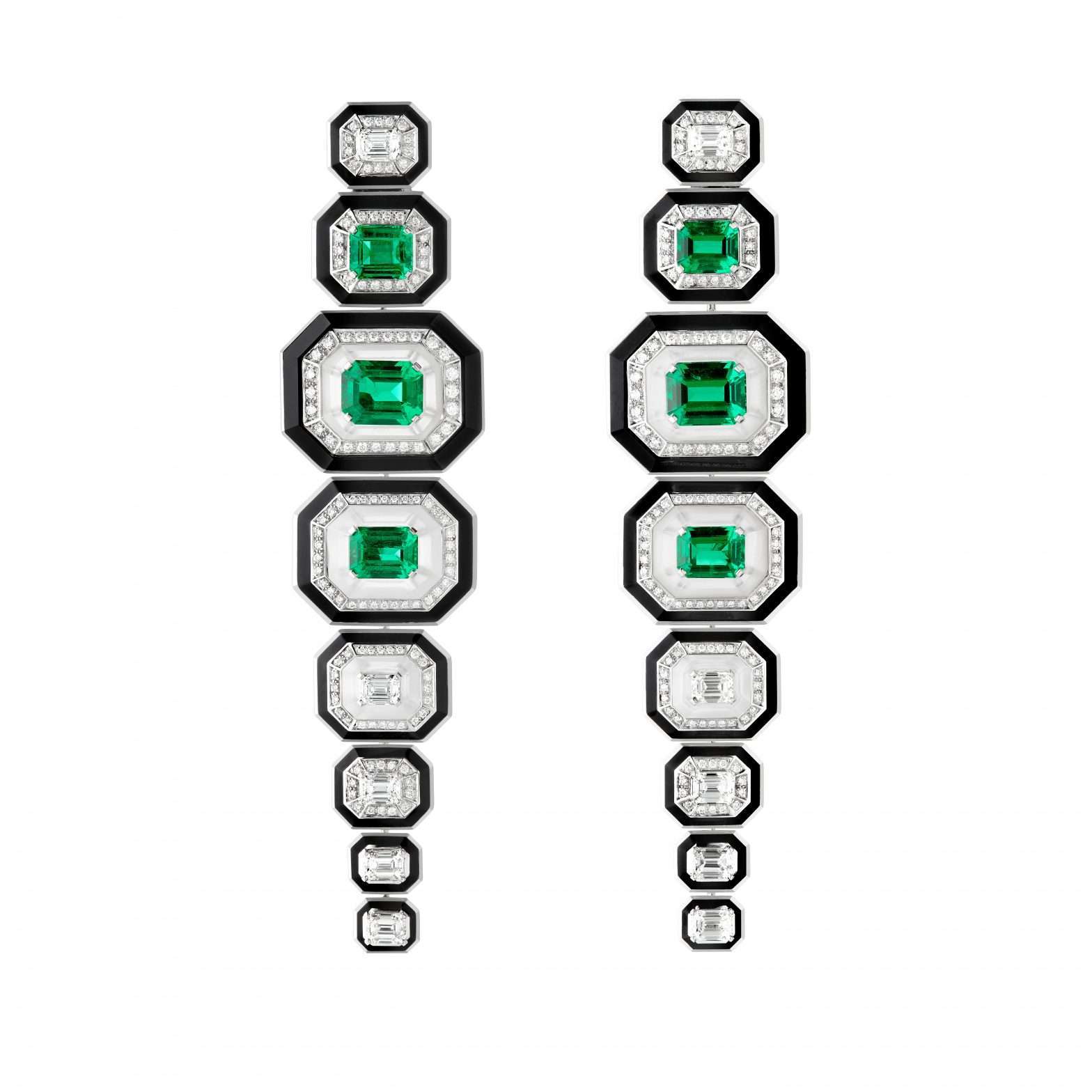 A: The history of the emerald is one that comes with plenty of great stories... here are just a few of them to get you started

As precious stones go, the history of the emerald is one that comes with plenty of great stories – from Cleopatra and Alexander the Great to King Solomon and the emperor Nero. Emeralds, a grass-green coloured stone, have been connected to fertility, growth and peace and have a history that spans millions of years and much admiration. They are a variety of the mineral beryl.

The aforesaid Cleopatra, as well as Catherine the Great were said to have an obsession with the stone, which takes its name – indirectly – from the Greek “smaragdos”. Apparently, this word was actually attributed to a number of stones that only really had that they were green in colour in common. In Sanskrit, the word emerald is thought to be a translation of the word “marakata”, which apparently means “the green of growing things” – and hence its association to fertility.

Beryl itself is naturally colourless and emerald its most well-known variety. It’s the different impurities in the stone that give it the colour. Classified as a type III gemstone, all natural emeralds contain flaws – which impacts their clarity. But where in other stones this can be viewed negatively, that isn’t so with emeralds – even though those that are close to flawless are the most valuable. They are termed VVS Type II.

Emeralds are less common than diamonds, found mostly in Columbia, Brazil and Zambia – but it’s the Columbian ones that are thought to be of the higher quality with a distinct and deep clear green. And you’ll mostly find them cut per the “emerald cut” which was developed as a way to optimise their colour over brilliance.

Colombian emeralds were discovered by Spanish conquistadors in the 16th century in the mines of Muzo Valley, from where a host of well-known emeralds have come from. They include the 217 carat Mogul Mughal stone and the Devonshire Emerald, which can be found in the Natural History Museum, London. The latter was a gift to the Duke of Devonshire by the Emperor of Brazil in the 1830s.

Other notable emerald pieces include the Crown of Andes, which is one of the finest surviving examples of Colonial Spanish American goldsmith work – noted for its size and quality with over 400 untreated emeralds, the largest of which is 24 carats and known as the “Atahualpa emerald”. And a diamond necklace worn by Maharami of Baroda which featured the Chalk Emerald. The Chalk Emerald is thought to be among one of the world’s finest Columbian emeralds with 37.8 carats – it was later recut and set in a platinum and gold ring designed by Harry Winston, where it was surrounded by 60 pear-shaped diamonds.

Prior to the Spanish conquistadors arriving, indigenous peoples had used the green gems for at least 1000 years prior. While the Spanish had initially been motivated by their desire for gold and silver, the appeal of emeralds was soon recognised and they took control of the mines. The stone became popular among European royalty. Mogul rulers in India were also especially fond of emeralds.

The Ancients also appear to have found emeralds from Upper Egypt, where it is thought to have been worked as early as 2000 BC. Remains of extensive workings around the time of Cleopatra were discovered around 1817. Cleopatra’s Mines, as they are referred to, are situated in Jabal Sukayt and Jabal Zabarah.

It was about 1830 that emeralds were discovered in the Urals. They have also been found in Austria, Norway and Australia.

And there some weird and wonderful myths surrounding its abilities – believed to be a cure for dysentery when held in the mouth and working as a preservative of epilepsy when worn. At birth, it would ward off evil spirits and preserve chastity for the wearer. And held under the tongue it would enable one to see the future and reveal truths. Its very bright green colour was supposed to be good for eyesight. And rumour has it that Emperor Nero would watch gladiators fight through an emerald lens.

Physically, the stone loses colour when under immense heat and it is the exuberant colour that makes it so highly prized. As such, attempts have been made to synthetically manufacture it – the most successful of which appear to have been between 1934 and 1937, according to Britannica. A German patent was issued. Synthetic versions are more prevalently manufactured in the United States currently using various techniques.

Its majestic charm and rich history has notably led it being in the hands of rulers and royals, from the Romanovs and Bonapartes. And among auction house Christie’s very best lots have included the Rockefeller emerald, sold for $5,511,500 in 2018. Rockefeller’s wife, Abby Aldrich Rockefeller, has arguably been the recipient of some great gifts – his spending spree extending to sapphires/rubies CHECK. Originally from a Van Cleef & Arpels brooch, which was dismantled upon her death, the emerald weighed 18.04 carats and was commissioned into a ring which translated as $305,500 per carat and which was snapped up by Harry Winston. After the auction, it was renamed the Rockefeller-Winston emerald.

In 2011, Elizabeth Taylor’s Bulgari emerald brooch sold for $6,130,500. Her husband Richard Burton has apparently said that the only word she knew in Italian was “Bulgari” and during the filming of Cleopatra, Burton visited the Bulgari boutique in Rome where he purchased the emerald and diamond brooch as a wedding gift – the actress wore it at their 1964 marriage.

In recent years it has also been a firm favourite on the red carpet, worn by the likes of Zoe Kravitz, Issa Rae, Isabelle Huppert, Catherine Zeta-Jones and Angelina Jolie.