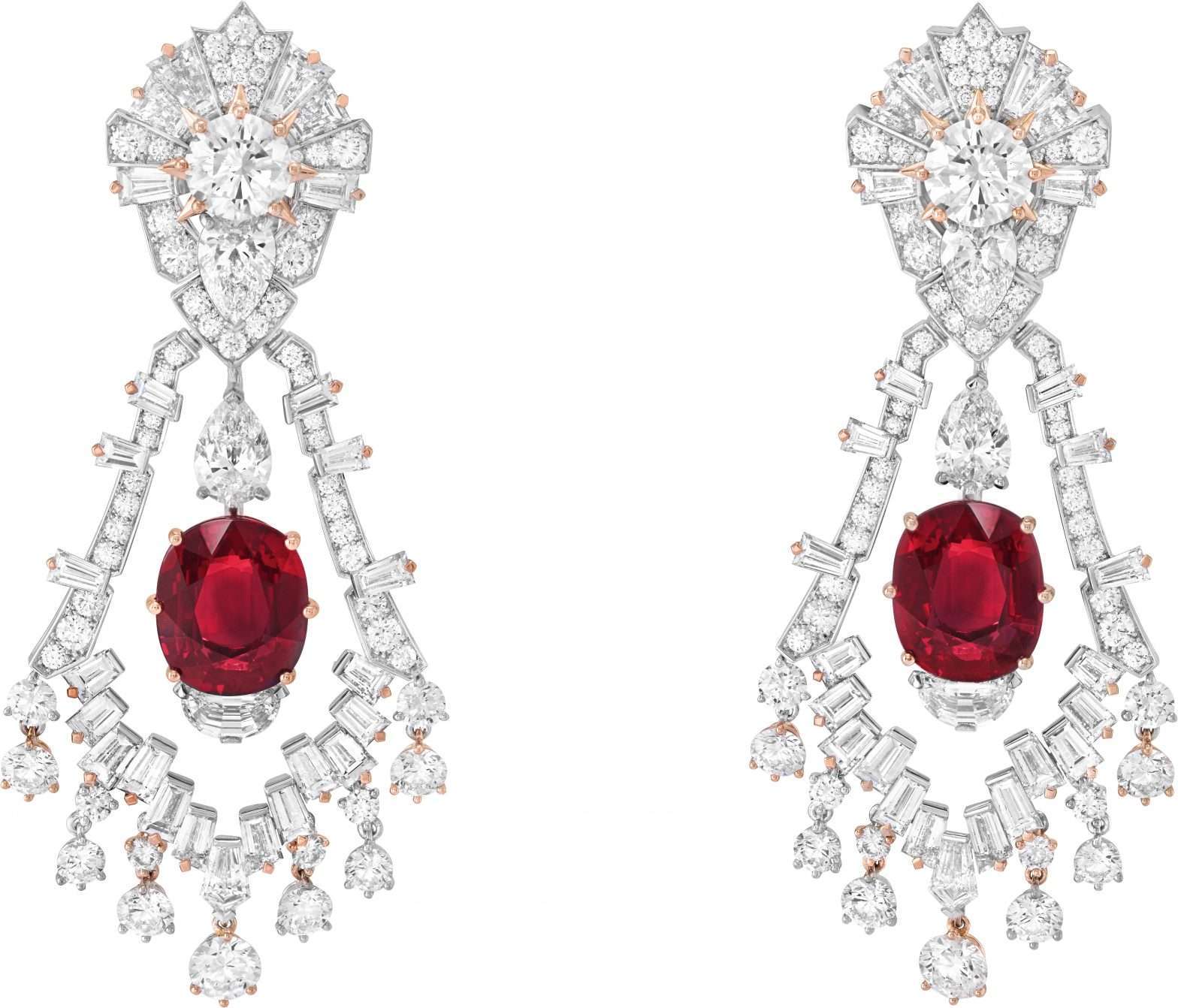 Q: What are rubies?

A: They are the second hardest stone after the diamond

Just like the sapphire, the ruby is part of the corundum family which makes it the second hardest stone after the diamond. It has been a favourite of the storied luxury jewellery house Van Cleef & Arpels since 1906. It has inspired their designs such as the Mystery Set and the Chrysanthemum clip.

A ruby of outstanding quality is even rarer than a diamond. The stone’s glow and fiery shade, from light pink to deep red  make it an exceptional gem among precious stones. At Van Cleef & Arpels, where the stone has a certain sort of synonymous connection, rubies are sourced from Asia and Africa. Their 2019 Treasure of Rubies High Jewellery Collection comprised 60 unique pieces. Nicolas Bos, Van Cleef’s CEO and president has said that rubies represent power, blood and fire.

In Sanskrit, the word for “ruby” is “ratnaraj”, which translates as “king of precious stones”. The ruby is the birthstone of the month of July.  In ancient Hinduism, it was believed that those who offered rubies to Krishna could be reborn as emperors. Rubies also feature in the Bible, used to indicate beauty and wisdom. Because of its deep and intense colour, aka likeness to blood, rubies have been linked to the guarantee of a good life, health and wealth, success.

Composed of transparent red corundum, which is a mineral form of aluminium oxide, the red colour occurs as a result of a small number of aluminium atoms by chromium atoms. When cut and polished it is a brilliant stone but has a weak dispersion. High temperatures will turn it green but it will turn red upon cooling. Yet there is still a certain amount of mystery surrounding exactly how rubies are formed.

North central Myanmar is the location where rubies are mostly found in , where there are bands of crystalline limestone. However they’re also found in Thailand as well as Sri Lanka, often alongside sapphires. Synthetic rubies meanwhile, have also been successfully produced. But it’s in their authentic state they are the most precious. They command the greatest price per carat of any other gem, apart from a coloured diamond.

It will come as no surprise then that they have been worn by powerful, notable and royal names throughout history. And some of the most famous can be found in the Louvre collection, such as the Anne of Brittany ruby. Rubies are also to be found in the Smithsonian, home to the 23.1 carat Carmen Lucia ruby.

Among the British Crown Jewels, they are also popular. Rubies have long been the stone of choice for British coronation rings, a tradition that dates back to the 13th century. The Stuart Coronation Ring, 1660, and the 19th century Queen Consort’s ring are notable examples.

With rubies, it is about their colour as opposed to their clarity, which makes them so valuable. This is dependent on where they are found. African rubies are typically more pink, while those from Thailand lean towards being more on the claret side.

Lately, rubies or “pigeon blood” stones from Burma / Myanmar have become hot lots in the sale rooms of the auction house Christies.

Burmese rubies are so valuable because of their very specific colour, which is very saturated. Additionally their natural fluorescence is said to make the stone “come alive”.

According to Christies, it was the explorer Marco Polo who in the 13th century, brought attention to rubies in Burma. They have become so rare some 800 years later, that they are very popular at auction. An unheated stone, weighing more than 15 carats in a “pigeon blood” red colour with near perfect crystallisation especially so. In 2015, in Hong Kong, one such gem, known as the Crimson Flame Ruby, a ruby and diamond ring of 15.04 carats achieved just under $18.5 million at auction.

In November 1937, his Highness the Maharajah of Cutch III purchased a ruby ring from Cartier in London. Jacques Cartier had become interested in India. Travelling to the subcontinent often he became friends with various ruling Maharajahs. The Queen of Burma, an Art Deco Cartier ring, represented this special relationship. In 2014, the piece sold for just under $6 million.